LESTER B. KNIGHT is a Founding Partner of RoundTable Healthcare Partners, a private equity firm focused exclusively on the healthcare industry.  Since its inception in 2001, RoundTable has raised nine funds, invested in 28 platform companies, and has an estimated $3.9 billion in assets under management as of 6/30/2022.

Mr. Knight has over 40 years of healthcare experience.  He served as Vice Chairman of Cardinal Health following the merger of Allegiance Corporation and Cardinal in 1999.  Prior to the merger, Mr. Knight was Chairman of the Board and CEO of Allegiance, a Fortune 500 spin-off in 1996 from Baxter International, Inc.  Mr. Knight spent 16 years at Baxter where he was Executive Vice President and a member of the Board of Directors.

Mr. Knight was elected Chairman of the Board of Aon Corporation in 2008 having served on the board since 1999.  He also chairs the Governance/Nominating and Executive Committees of the Board.

Mr. Knight also serves on the Northwestern University Board of Trustees having been elected in June 1998.  In 2018 he became a Life Trustee.  Mr. Knight is also a Life Director at NorthShore University HealthSystem.

Mr. Knight has been on the Board of Junior Achievement of Chicago for over thirty years and in 2021, was inducted into the Chicago Business Hall of Fame. Additionally in 2010, the Lincoln Academy of Illinois inducted Mr. Knight as a Lincoln Laureate. He is a member of the Civic Committee of The Commercial Club of Chicago, and a Trustee of the Knight Family Foundation.

Mr. Knight holds a Bachelor’s degree (’80) in Industrial Engineering from Cornell University and Master’s degree (’81) in Business from the Cornell Johnson School of Management.

Mr. Knight has been married over forty years to his wife and partner, Becky Knight.  They have four children, Jessie, Chase, James, and Amelia and six grandchildren, Walker, Dylan, Mac, George, Lylah, and Jude. 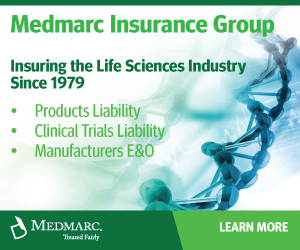